As the name suggests, circulatory system is concerned with the circulation of fluids across various parts of the body. In fact, it is not merely the circulation of blood but the transportation of dietary substances and respiratory gases to and from the individual cells throughout the body.

Working in coordination with other human body systems, this vital system also plays its role in fighting diseases and maintaining homeostasis in the body. It consists of different organs of the body, including heart, blood and blood vessels as the major organs. Here heart is the pumping organ; blood is the circulatory fluid; and vessels serve as a pathway for the circulatory fluid to pass through.

A number of circulatory system facts are discussed here which you might not have heard of ever before. Some of these are listed as under. Just go through them to entertain yourself and increase the pool of your knowledge about human anatomy. 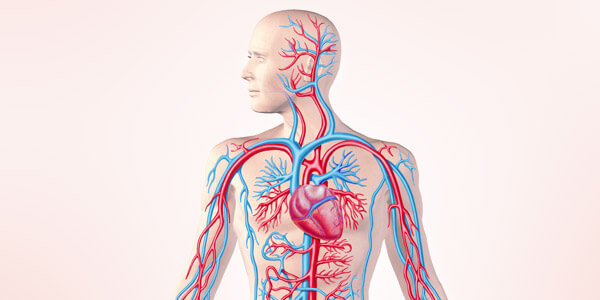 The circulatory system facts make us realize that it works as a food supply chain in the body, delivering food particles to all the cells where the process of energy extraction takes place. While executing its essential functions, it comes with various other systems of the body, such as endocrine system, integumentary system, lymphatic system, muscular system, nervous system, respiratory system, skeletal system and reproductive system, etc.

A graduate in biological sciences and a PhD scholar (NCBA&E University, Lahore), M. Isaac combines his vast experience with a keen and critical eye to create practical and inherently engaging content on the human body. His background as a researcher and instructor at a secondary school enables him to best understand the needs of the beginner level learners and the amateur readers and educate them about how their body works, and how they can adopt a healthier lifestyle.